If you had all the money, fame, and celebrity in the world- what kind of medical practices would you use? Up to date modern medicine, prescribed in some sterile high tech laboratory? Surrounded by doctors in white jackets and no sense of humour?

Or would you seek the opportunity to engage with a natural, traditional medicine? One that has its roots in the natural world and history?

Well, we have a top ten celebrity list of those who choose homeopathy- and you may be surprised who’s on it. It includes a veritable who’s who of the celebrity world.

The list really goes on and they all love the benefits of homeopathy.

The great rock and roll legend himself, Paul McCartney is an avid user of natural remedies and traditional homeopathic medicines. A firm peace activist and vegan, Sir Paul is a big (daydream?) believer.

“I’ve been coming here since I was 16. It’s been a long relationship. Every time I have a problem he always gives me good advice and treatments.”

Yes, the Queen of Clean is a big follower of homeopathy too. Known for her natural and organic lifestyle advocacy and gorgeous youthful looks. Aniston has mentioned many times how she loves traditional homeopathic medicines alongside the modern.

Prince Charles is more than a British monarch- he’s actually a serious environmental crusader. Part of this includes a local, healthy and organic lifestyle approach. Charlie boy also lobbied hard to make homeopathic treatment available on the NHS, the British national health care service. The royal family actually have a court homeopath in the palace! The Prince has this to say on the subject of homeopathy:

“... it is rooted in ancient traditions that intuitively understood the need to maintain balance and harmony with our minds, bodies, and the natural world.”

The famous singer is a massive fan of homeopathic remedies. Cher claims they helped her recover from a bout of chronic illness in 1987. Since then she has fronted campaigns and donated money to supporting homeopathic causes.

“I don’t think I’d still be around today if it weren’t for homeopathic medicine. I was sick with an Epstein-Barr virus which led to chronic fatigue and I couldn’t work effectively for two years. I turned to a Sikh homeopathic doctor, almost in desperation. He started doing homeopathic stuff with herbs and vitamin therapy. Many doctors didn’t believe in all that back then. Within four months, he’d got me up and back on the road again.”

The famous “Samantha” from Sex and the City series credits Arnica as her favourite homeopathic product.

“Arnica! I love it! I use it all the time because I bruise easily.”

Cattrall first discovered the merits of homeopathy in Germany, where she lived in Frankfurt.

One of the original supermodels, with an iconic body and look. These ladies know a thing or two about looking after their health and well-being. Cindy was on the Oprah Winfrey show when she confessed her admiration and personal recommendation of using traditional homeopathic medicine.

“I am the doctor of our family and I’m a big fan of homeopathy. I always make sure I have it on me or in the medical kit. It works.”

The potential American president (and current vice-president)  and her husband (the ex-president) are huge supporters of homeopathic medicine.

After being diagnosed with serious heart disease in the 90s, Bill was put on a vegan and vegetarian diet. It was during this time that both Hillary and Bill became interested in alternative and natural health therapies.

In particular, they use Dr. Mark Hyman- a well-known alternative and natural therapy advocate.

Well known sports stars openly acknowledge their use of homeopathy in their sports kit. Usain Bolt is one of them, but so is beloved international star David Beckham. It was well publicised back in 2002 that he was using traditional homeopathic treatments.

These were used in conjunction with modern medicine to help treat his foot injury.  It needed to be a speedy recovery as it was a World Cup year and Beckham had broken his foot. To this day, Beckham swears by homeopathic treatments.

In fact, it is reported that many of the European teams use a wide range of natural and traditional homeopathic medicines to treat their players injuries.

The fabulous pocket rocket Tina Turner loves using traditional homeopathic remedies. A famous advocate for a healthy and natural lifestyle, she credits homeopathy for saving her life.  After a nasty bout of tuberculosis left her weak and ruined, she turned to it.  This was because conventional medicine was not helping her to recuperate.

“Life in the fast lane wore me down, changes in my diet and homeopathy saved me. Thanks to my Homeopathic physician, for bringing me back to health and always being available for me”

In her mid-seventies, Ms. Turner looks easily a decade younger and her lifestyle can be credited with this.

So there you have it! A long list of rock stars, models, royalty and sporting heroes are right behind the homeopathic medicine revolution. If you'd like to find out more about how homeopathy works, click here. 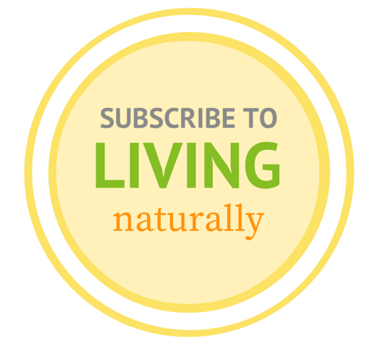